OPENING UP THE DRUG EXPLORATION SPACE

WE ARE ABOUT UNLOCKING THE HIDDEN POTENTIAL OF PEPTIDE DRUGS

Our mission is to advance 21st century medicine by improving access to novel peptide therapeutics. We harness the power of AI to design the best peptide drugs possible by expanding the exploration process to uncharted chemical space. 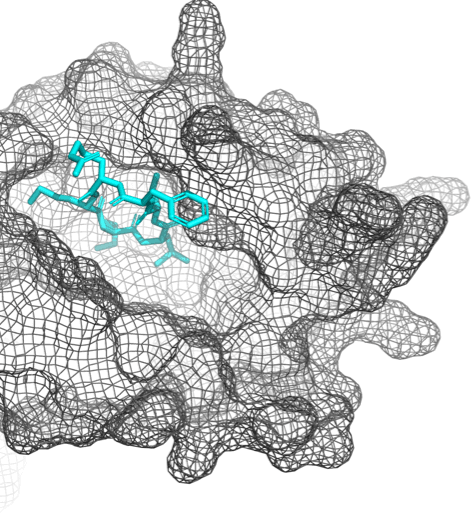 Optimizing drug discovery means shifting the weight of the discovery effort in-silico, to allow an accelerated search of the entire realm of possible solutions.
Pepticom is introducing “Swarm Intelligence 2.0”, in which various bots are able to sense, interact and coordinate a collective intelligence with the addition of evolutionary mechanism of bot-selection.
Utilizing AI-driven reinforcement learning, search algorithms, smart grids and scoring functions allows Pepticom to discover better binding peptides at each learning iteration.

Binding site and mode information for accurate modifications and optimization

Full coverage of available chemical space: 10 to the power of 30 possible solutions 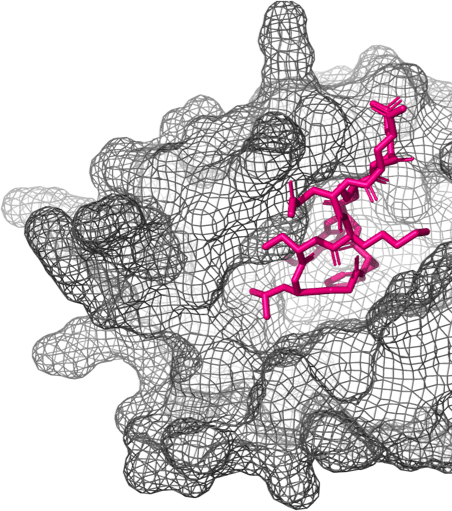 WE ADVANCE DRUG INNOVATION ON 2 FRONTS 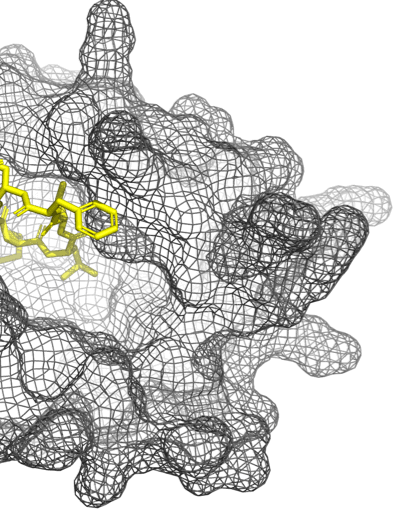 From Finance to Molecular Modelling Algorithms: The risk and Return Heuristic 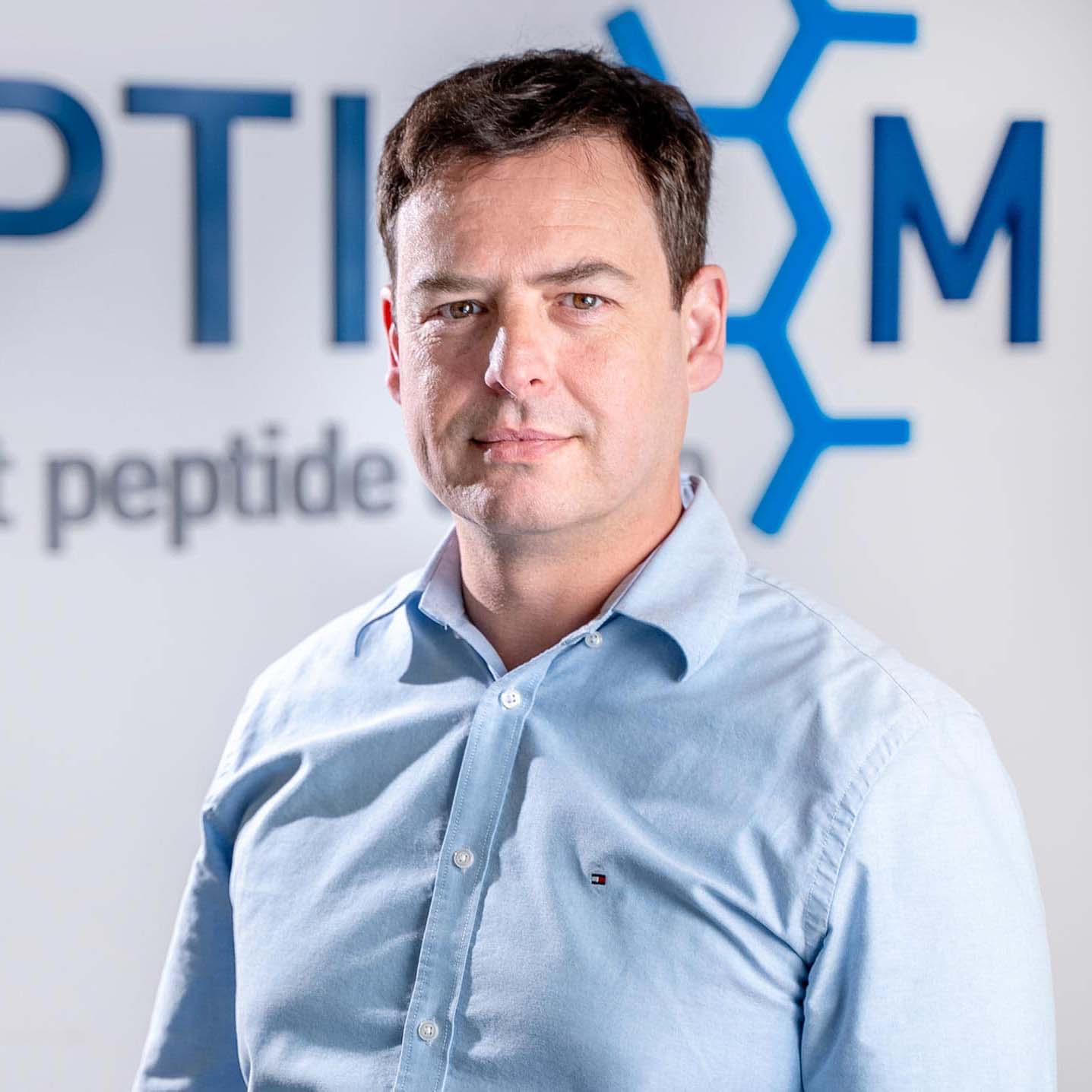 CEO, Co-founder | PhD
Scientist and Biotech entrepreneur with a proven track record in envisioning and establishing a successful AI/biotech startup. Co-Invented, founded and currently leading Pepticom. Led Pepticom from concept to revenue generation via collaboration with large multinational companies, negotiated and executed multiple discovery deals and seed/Round A finance. A Merage Institute Business Executive Leadership Program alumni. Immanuel’s 15 year academic career Prior to the establishment of Pepticom includes a Ph.D. in biochemistry followed by postdoctoral from the Hebrew University of Jerusalem. During his studies he published his research in leading journals such as Blood, Nature communications, The Journal of clinical investigation, Cancer research and others (with the honor of publishing his postdoc research with the 2017 Nobel laureate in Physiology/Medicine Prof. Michael Rosbash). 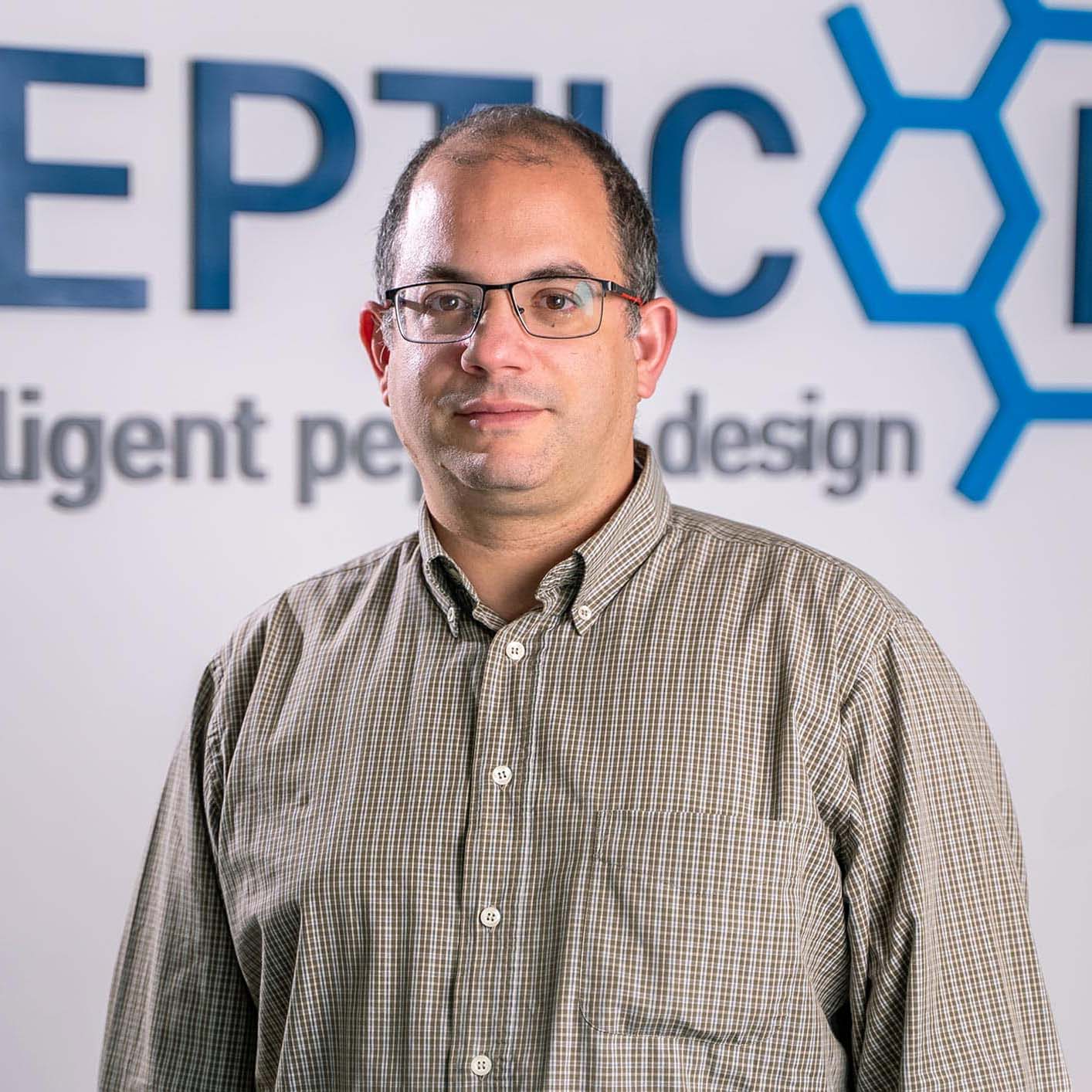 CTO, Co-founder | PhD, MBA
Dr. Michaeli developed Pepticom’s core technology and has extensive algorithm development experience in both the chemical and financial fields. In is Ph.D. research conducted at the Hebrew University in Jerusalem, Dr. Michaeli developed characterization of peptide and protein design and specialized in design optimization algorithms. In addition to a doctorate, he holds an M.Sc. in Human Genetics and a Master’s in Business Administration (MBA), majoring in Finance. 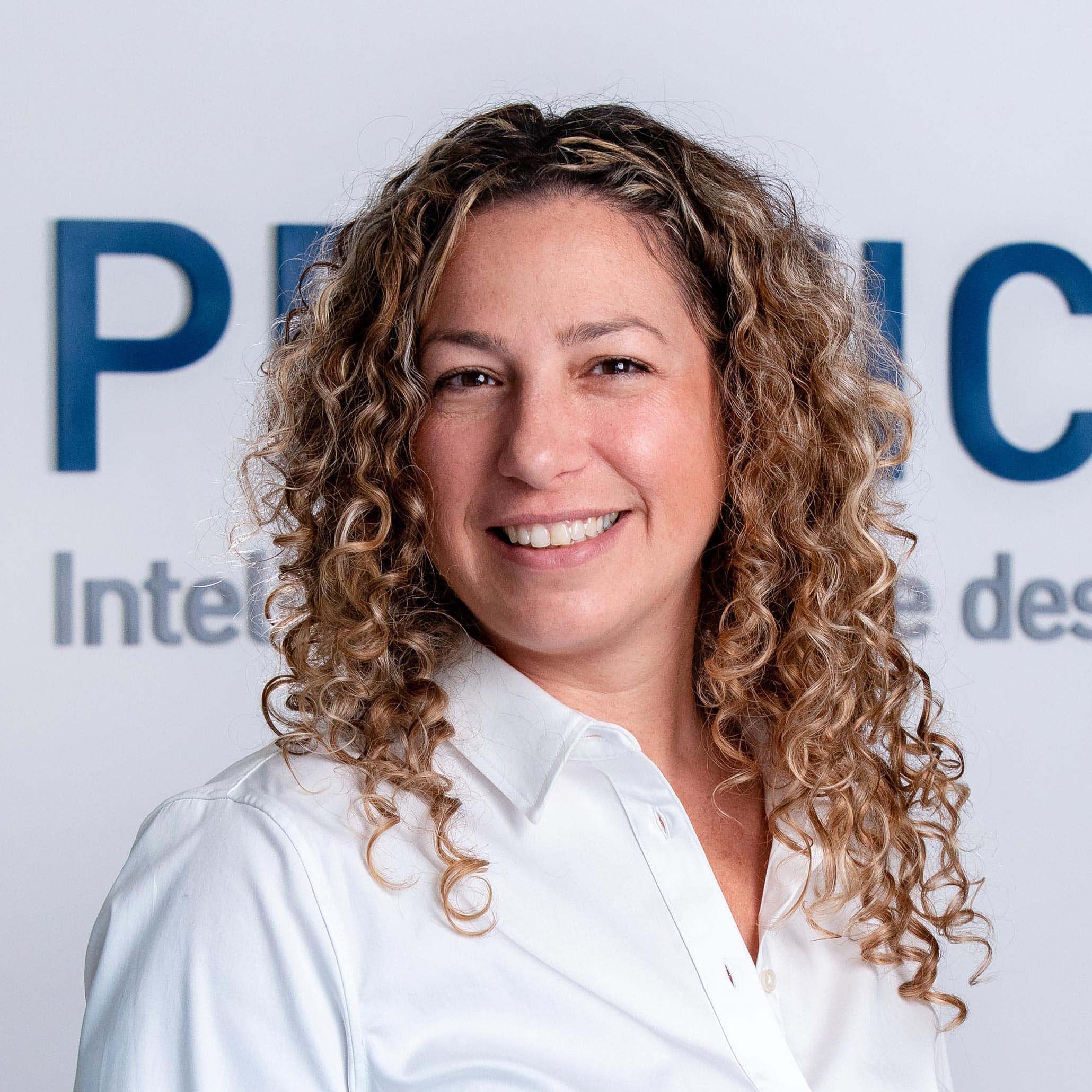 CBO, COO
PhD, MBA, BSc. Pharm
Dr. Elias Robicsek has 12 years of experience in the pharmacy field as a trained pharmacist. She earned her Ph.D. from the Hebrew University in the computational chemistry field of Chemoinformatics models aimed at identifying possible interaction of developed drugs with Cytochrome P450. Dr. Elias Robicsek also holds an MBA, majoring in Finance, general and strategic management. 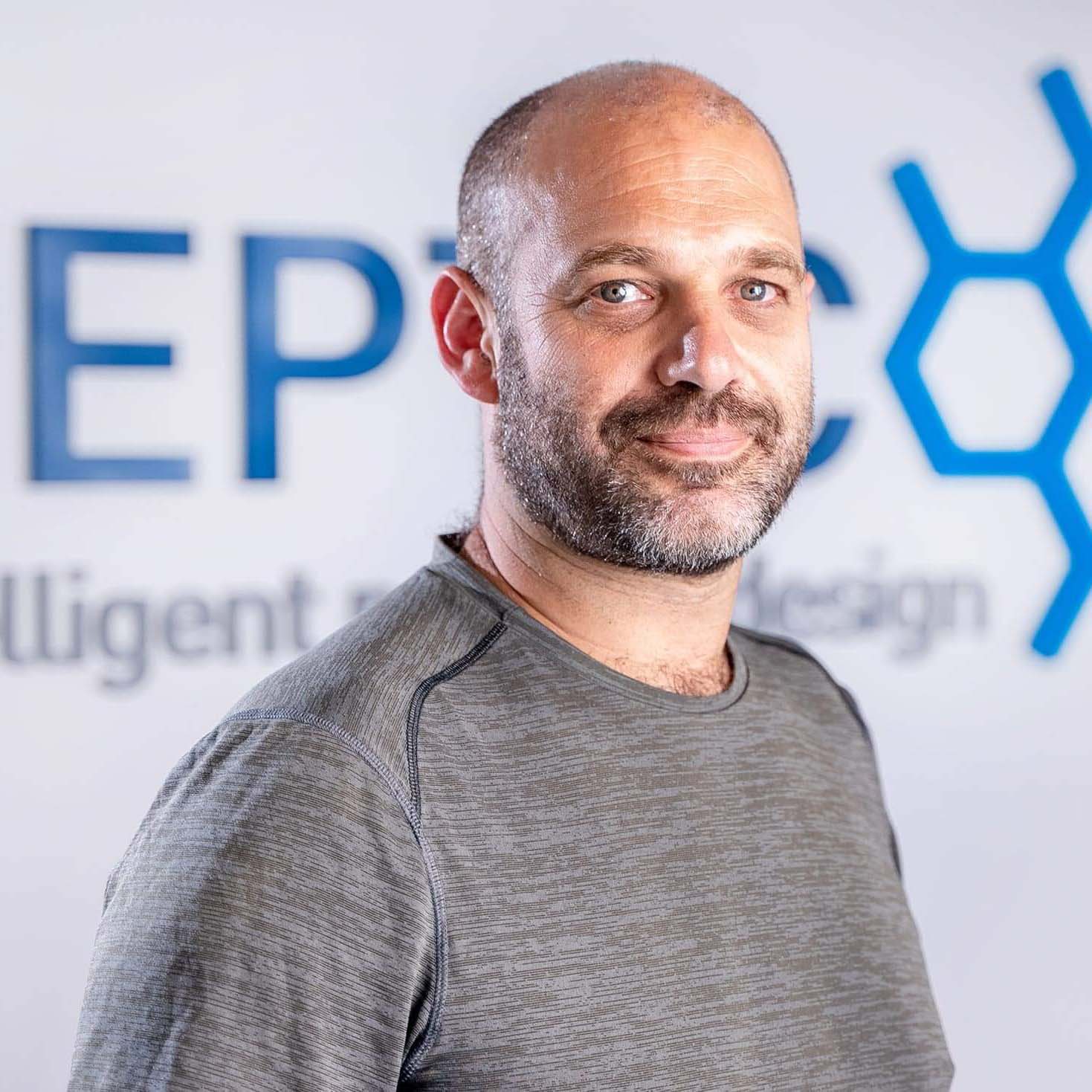 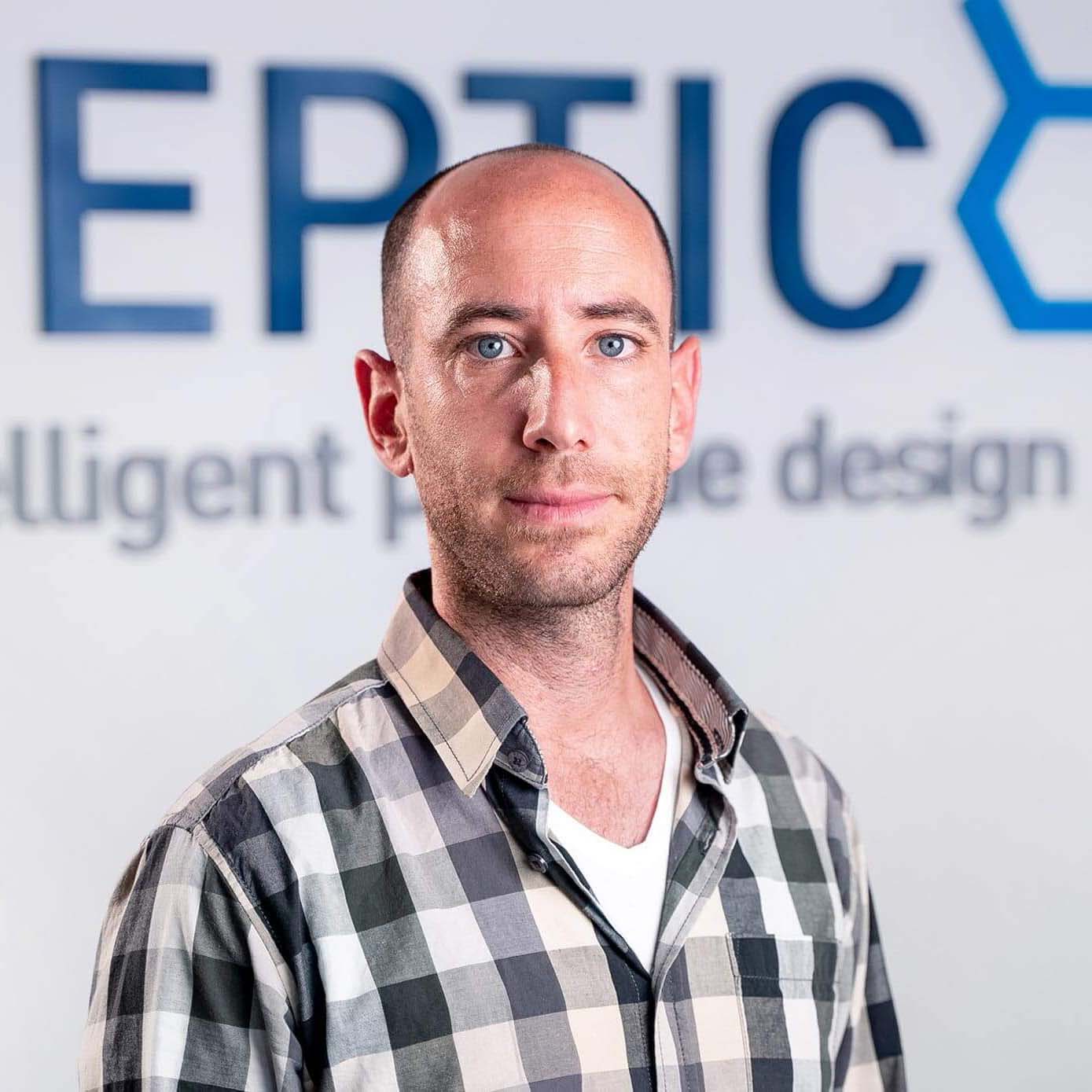 Head of  Biology
Shaul has over 10 years of experience in biochemistry, molecular and cellular biology, analytics, development and practice of various in-vivo and in-vitro methodologies. Shaul holds a MSc., PhD and postdoc in molecular and neuro-biology from the Weizmann Institute of Science. 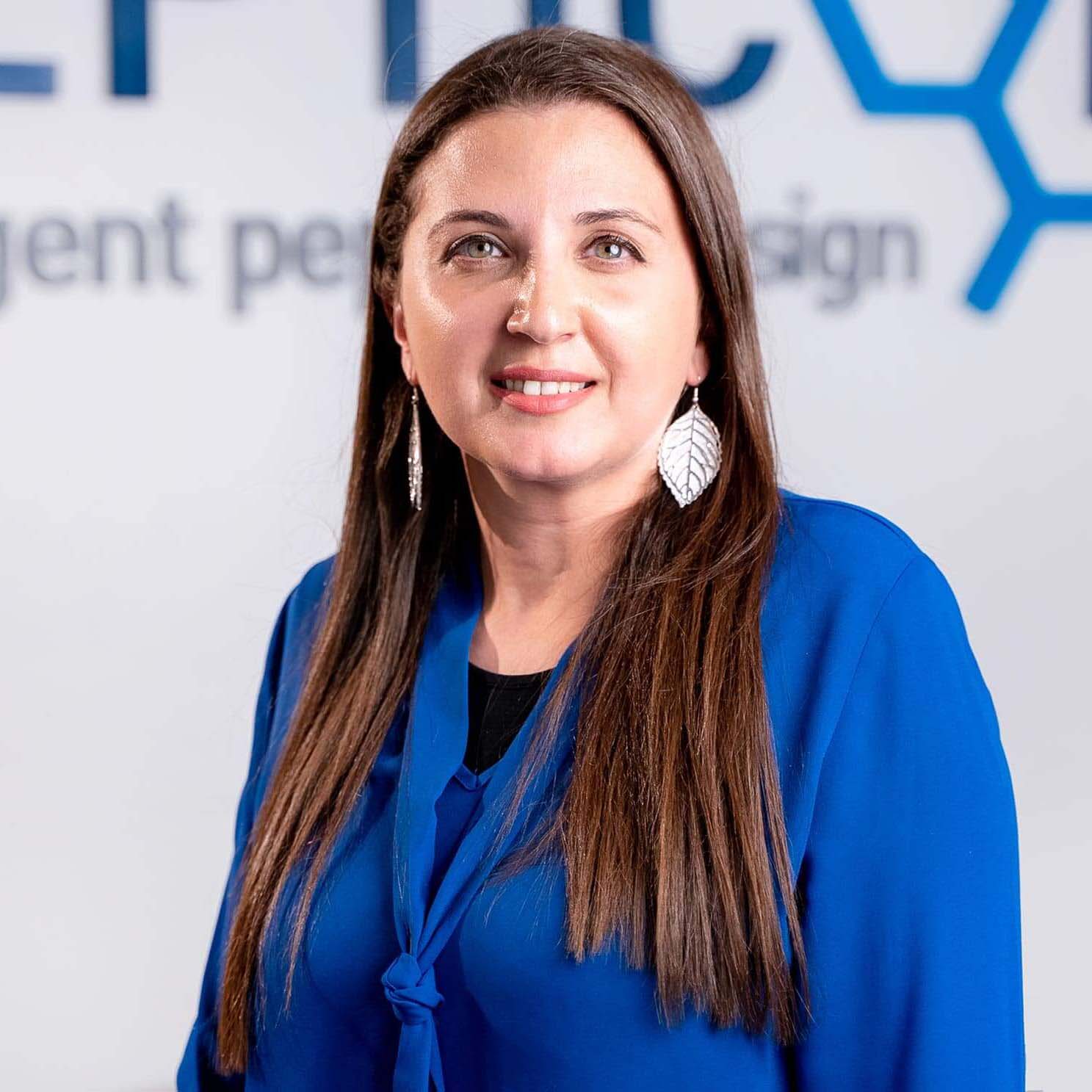 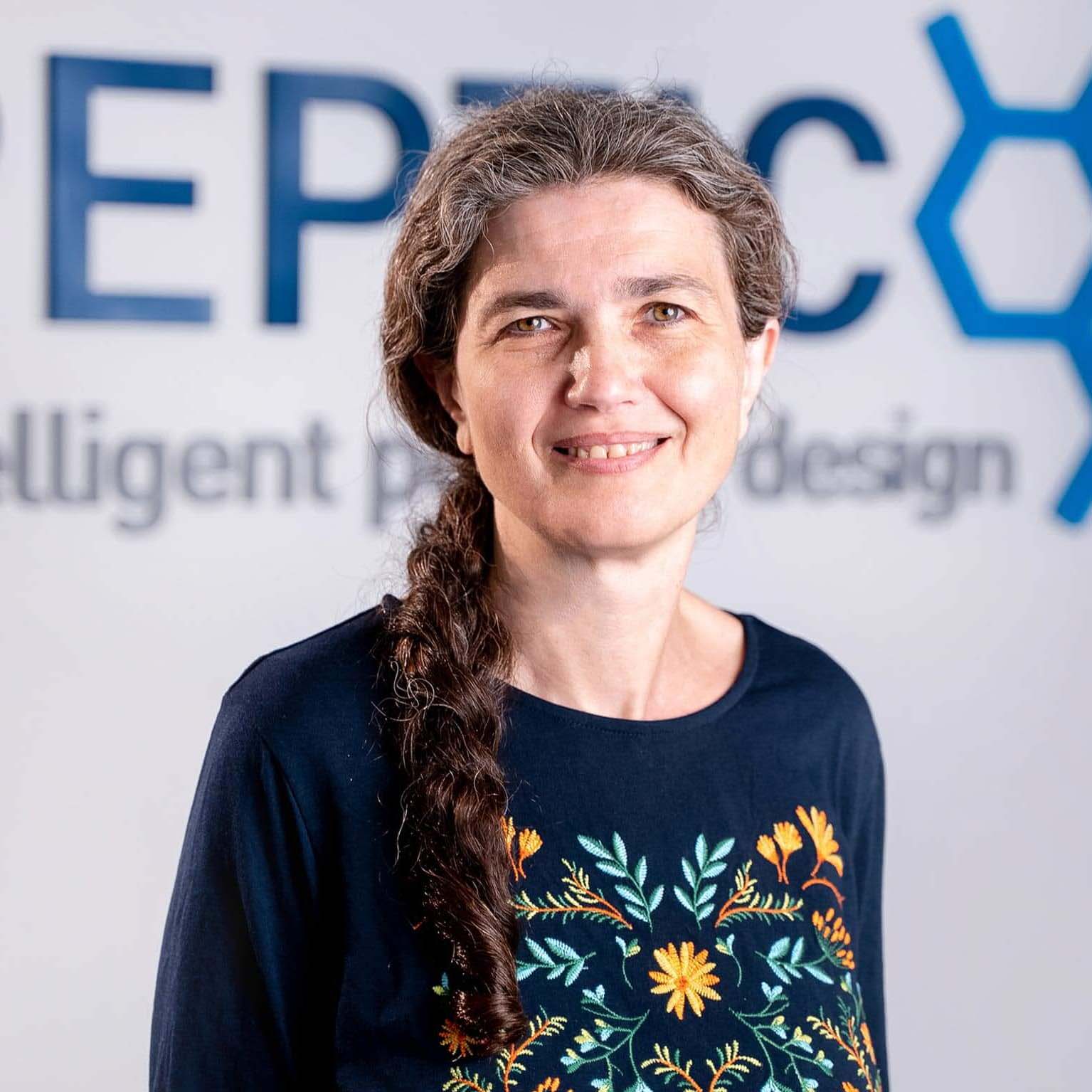 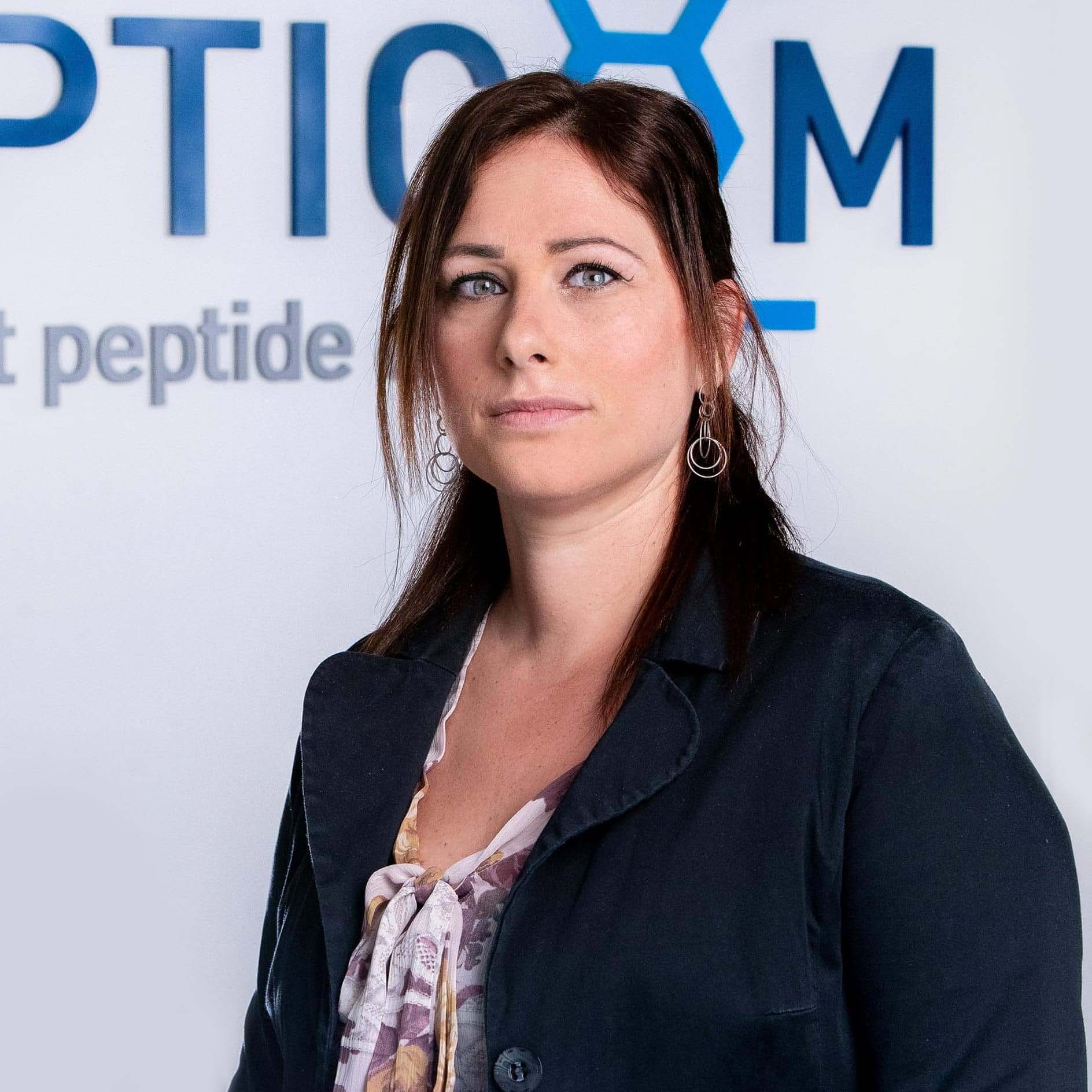 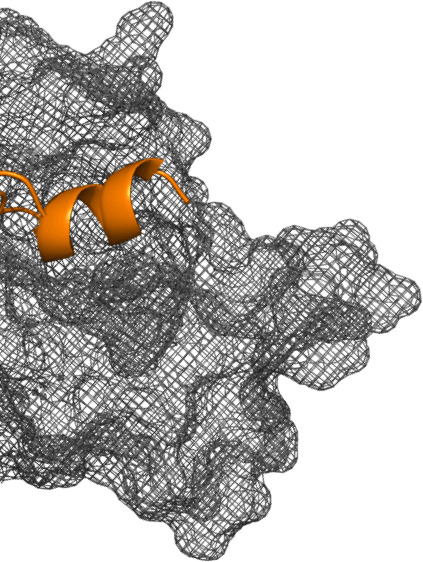 Chartered Group is actively involved with numerous private equity transactions investing in Japan and the Southeast Asian region. In recent years, the Group increased its exposure to investment in high-tech deals in Israel. Since its inception in 2003, Chartered Group successfully brokered and invested in deals exceeding US$ 2Bn to finance both public and private companies.

Galia Kut is a Jerusalem-based experienced investor in early-stage companies. She comes from a strong technical background including a Bachelor of Science in Computer Science from USC, a graduate degree from Stanford with a specialty in computational linguistics and AI and 30+ years experience. At a variety of companies Galia has held both technical and senior management roles. She currently invests in and advises early stage companies. She also sits on a number of boards of directors.
Galia’s particular strengths include out-of-the-box thinking and brainstorming and making connections. She is able to grasp both technical and financial details and assist in company growth and business development.
Special interests include deeptech and artificial intelligence and big data analysis. Galia’s portfolio also includes a large number of women-led startups.

Immanuel’s 15 year academic career Prior to the establishment of Pepticom includes a Ph.D. in biochemistry followed by postdoctoral from the Hebrew University of Jerusalem.
During his studies he published his research in leading journals such as Blood, Nature communications, The Journal of clinical investigation, Cancer research and others (with the honor of publishing his postdoc research with the 2017 Nobel laureate in Physiology/Medicine Prof. Michael Rosbash). 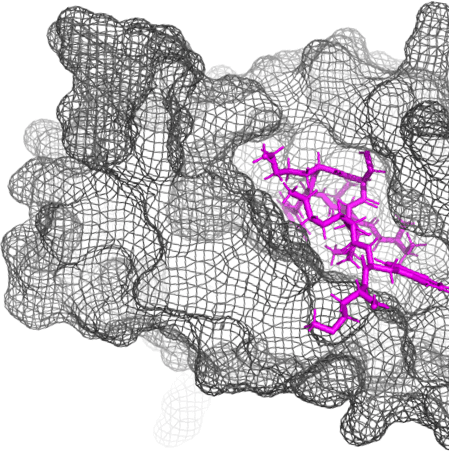 Dr. Sawyer is a Key Opinion Leader in the field of peptide drug discovery and renowned for the discovery of two FDA-approved drugs, including Scenesse®️ (marketed by Clinuvel) and Iclusig®️ (marketed by Takeda) as well as scientific contribution to the design of macrocyclic peptides, including ALRN-6924 (currently in Phase II clinical trials by Aileron Therapeutics).

Tomi has also been credited with ~600 scientific publications, patents, and presentations and holds several Adjunct Professorships and special appointments at the University of Massachusetts, Northeastern University Center for Drug Discovery, the University of Arizona, and Minnesota State University Moorhead. He has recently retired from a forty-year career in pharma/biotech, including Tomi’s last position at Merck Research Laboratories as Distinguished Scientist, Global Chemistry, and leading the charge for the Peptide Drug Hunter network within R&D.

DR. WALEED DANHO held the position of Distinguished Research Leader at Hoffmann-La Roche Inc. in Nutley, New Jersey, USA. until 2011. He is a reviewer for the Journal of Peptide Research, QSAR & Combinatorial Science and the Journal of Medicinal Chemistry; he is a member of the editorial board of The International Journal of Peptide Research and Therapeutics. Dr. Danho authored and co-authored over 250 scientific articles and 21 patents in the field of peptides. He has presented and chaired various sections of the American, European and International Peptide Symposia since 1972. He is a council member of the American peptide society (2011-presentresent). In January of this year, Dr. Danho joined Tory Pine Institute for Molecular Study (TPIMS) as an Adjunct member. In March 2012 Dr. Danho was appointed to the board of trustees of the Boulder Peptide Society.

Neely Ivgy-May, Ph.D. is a Pharmaceutical Drug Development Leader specializing in CNS, Women’s Health, and Uro-Oncology. Dr. Ivgy-May provides scientific and clinical expertise to Commercial Development and Business Development. She has a vast experience in interacting with the FDA and other regulatory authorities (EMA, PMDA) as clinical lead during pre-IND, End of Phase II, and pre- NDA meetings; Advisory Committee planning and participation. Dr. Ivgy-May is the founder and CEO of Ivgy-May Consulting Services. She worked close to 20 years in leading companies of the pharmaceutical industry: Schering Plough, Organon International and Merck Inc. Dr. Ivgy-May holds Masters and Doctor of Philosophy degrees from Columbia University College of Physician & Surgeons New York, NY.

David S. Siegel, M.D., Ph.D., specializes in Hematology & Oncology and is Chief of Division for Multiple Myeloma (MM) at John Theurer Cancer Center at Hackensack University Medical Center (UMC). Dr. Siegel is one of the foremost authorities on Multiple Myeloma in the U.S.; he serves as a lead investigator in multi-center clinical trials for MM and led to the FDA’s fast-track approval of Kyprolis (carfilzomib) for relapsed Multiple Myeloma patients. Dr. Siegel’s research has been published in many leading medical journals, including Nature, New England Journal of Medicine, Blood and Journal of Clinical Oncology. He is a member of the Multiple Myeloma Research Consortium (MMRC) Steering Committee.

Jonathan E. Cohen M.D., Ph.D. specializes in Cancer Research and Neuroscience at Hadassah – Hebrew University Medical Center. In his clinical work, Dr. Cohen focuses on General Oncology, while establishing his unique clinic of Malignant Melanoma and Cancer Immunotherapy with the objective of leveraging and extending novel therapies based on the Immune system for Melanoma, as well as for other solid tumors. Dr. Cohen is a co-investigator on several multi-center clinical trials and presented his work at international conferences and in peer reviewed journals.

Professor Anwar Rayan is a co-Founder of Pepticom. Prof. Rayan is an expert in the field of Bioinformatics, Chemoinformatics, drug design and discovery. During his work at the School of Pharmacy at the Hebrew University in Jerusalem and at FMP in Berlin, Prof. Rayan gained vast experience in the field of drug discovery and the development of algorithms. He contributed to the development of novel tools for protein/peptide structure prediction, protein-protein docking, drug- likeness and Molecular Bioactivity Indexing. Dr. Rayan is a Research Associate at the Hebrew University of Jerusalem and a Researcher at the QRC – Qasemi Research Center, Alkasemi College. He holds a B.Sc. in Chemistry with distinction and earned a Ph.D. in Medicinal Chemistry from the Hebrew University of Jerusalem.

Dr. Rivière has over 25 years of biopharmaceutical industry experience with R&D leadership roles in target and drug discovery, nonclinical and early-stage clinical development. He is a recognized expert in peptide therapeutics with both established peptide modalities and emerging novel peptide technologies. Dr. Rivière is Founder and CEO of Peptide Logic, a San Diego-based biotech company developing novel peptide therapeutic modalities. He previously was CSO at CovX, a leading peptide-antibody conjugates company; a SVP of Pfizer worldwide R&D and member of the Pfizer Leadership Team; and SVP Research at Ferring Pharmaceuticals, a leading peptide therapeutics company. He is also a co-founder of Cara Therapeutics and of the Peptide Therapeutics Foundation and the Annual Peptide Therapeutics Symposium. Dr. Rivière received a PhD in animal physiology and biology from the Institut National Polytechnique, Toulouse, and completed postdoctoral studies at the University of Arizona, Tucson.

Dr. Richard Soll is presently Senior Advisor, Strategic Initiatives at WuXi AppTec and Head of the WuXi office in Boston, Massachusetts. At WuXi AppTec he served as Senior Vice President including head of the medicinal chemistry in the International Discovery Service Unit, business development, and corporate alliances.
Dr. Soll’s contributions led to the discovery of the HCV NS5A inhibitor in the Merck-WuXi partnership, the JAK2 inhibitor fedratinib at TargeGen (partnered with Celgene/BMS), and more than 10 other clinical stage drugs throughout his career.
Dr. Soll is a board observer for Magnolia and Proniras and is an advisory board member with the Blavatnik Center for Drug Discovery at Tel Aviv University, the Children’s Tumor Foundation, and the Pistoia Alliance.
Dr. Soll was CSO/VP at TargeGen and VP Chemistry at 3-Dimensional Pharmaceuticals. He received his Ph.D. in chemistry at Dartmouth College and was a post-doctoral fellow at Harvard.